WHEW! What an intriguing subject. Hold on to your hats folks!!!!

As the world is becoming more unstable and gearing off its hinges; we as believers in Christ HAVE to speak up on subjects that aren’t the easiest to talk about.

I believe that America is being challenged right now by God. God gave the sun, moon, and stars to be signs for certain things to come.

We are certainly in the LAST MINUTES of this world & this has been ordained from the beginning of time. It’s not a time to be scared but a time to get prepared and spread of gospel of Jesus and His love that He is so graciously provides.

America was founded on parts of Christianity. (I say parts because a lot of the first colonists were rapists, racists and hateful people. They actually didn’t act like Christ in their actions.)

America has blantantly cursed God & only want to wallow in their own ways of sin. We have passed laws that do not coincide with God. Notice when you start to bring awareness to other’s wrongful ways, they automatically say “I’m born this way. The government has told me it’s okay. Take it or leave it”.

From selfishness, hate, greed and LUST it’s tearing America down. Unfortunately, this is only the beginning.

I was scrolling on Facebook last night and came across an old coworker’s post regarding the #TakeAKnee stance. I normally do not get on Facebook because a lot of nonsense is posted on there. 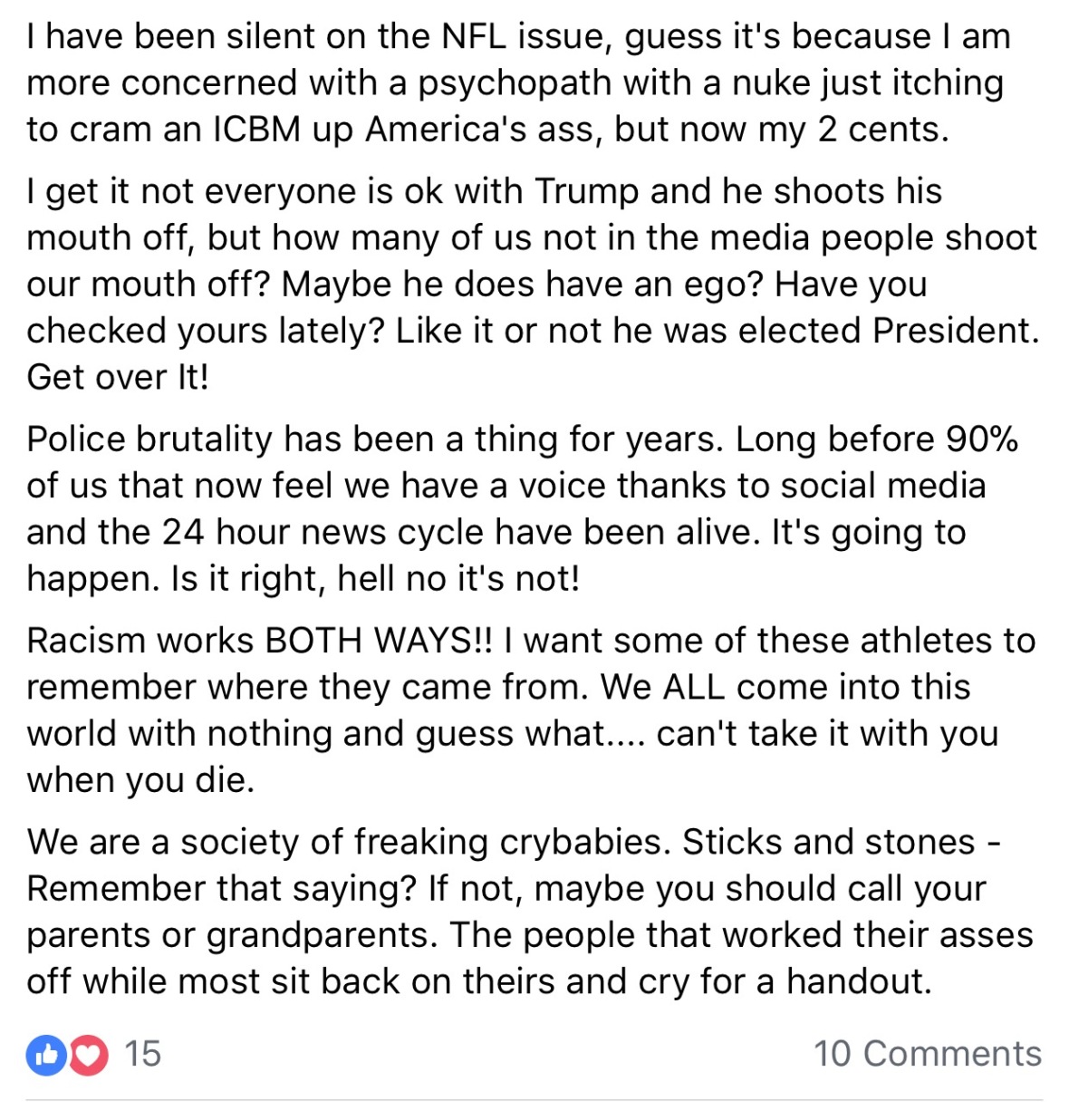 Not everything in her post was ignorant but it didn’t make sense to me. What is her point?

My acenstors were oppressed while being in this nation and if I could “call them” for advice… they would tell me to fight for our American given rights. My ancestors paved ways for my family & I to have the “normalized” / unsegregated lives that we live now. People who are not minorities are showing the most resistance to open their EYES, EARS and HEARTS to the real point of why #TakeAKnee holds value.

See my following response below: 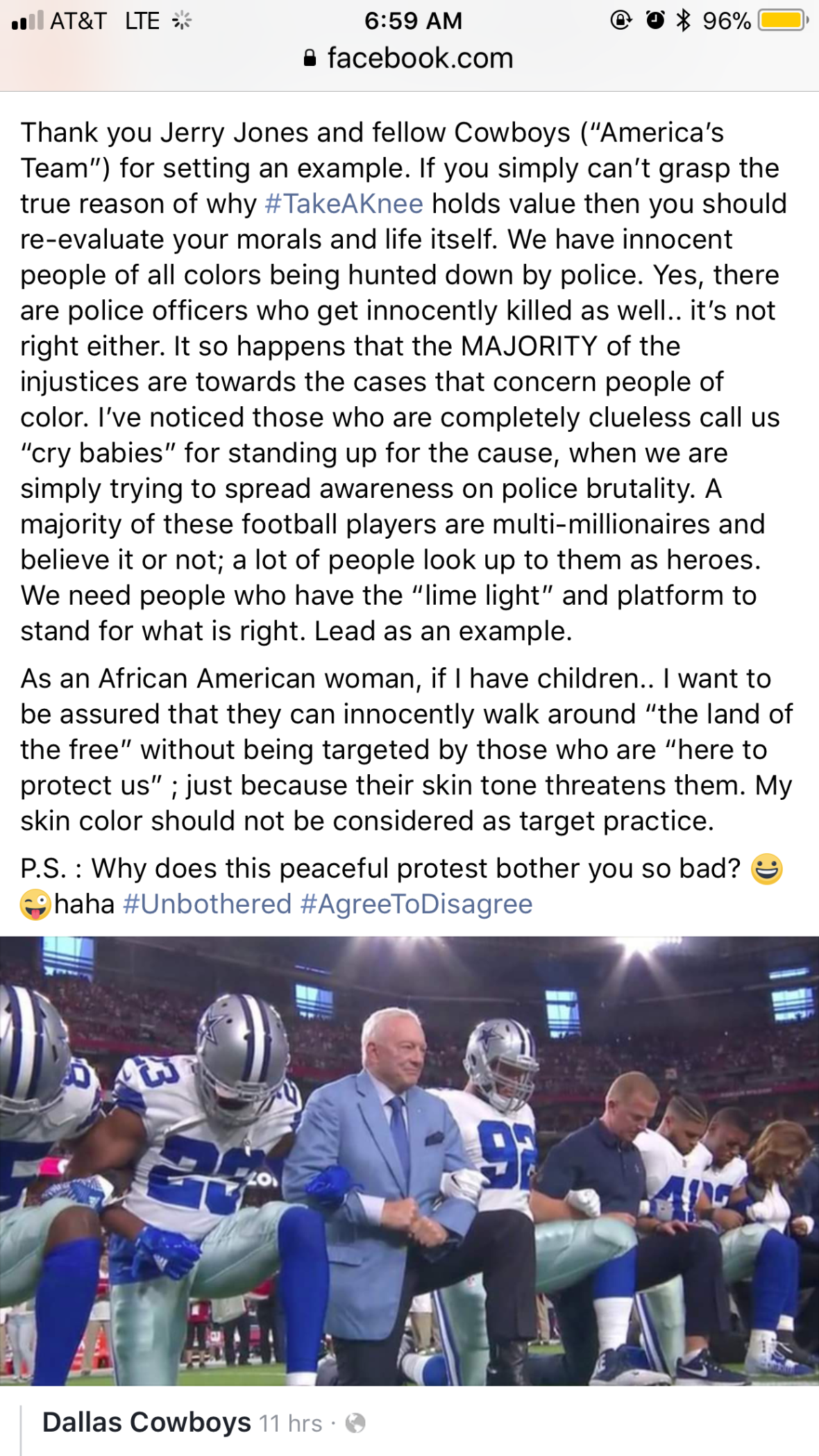 All in all, I am not too surprised that these situations are becoming more frequent. In 2015, The Lord began to show me visions of how America would become heavily chaotic.

Revealing how the government would start to treat minorities as animals once again.
Leading other civilians to follow.
Revealing and unleashing inner hatred.
At times, I sit at awe that these visions are coming to past right in front of my eyes.

Point being, it is going to get crazier and crazier in this world. We have to PRAY, REBUKE AND MAKE A STAND FOR WHAT CHRIST STANDS FOR. God is love and this world… these people …..are not showing love anywhere.

As tough as these conversations are, challenge yourself to break the mold and be proactive in them. We are about to have a lot more controversy come about while we remain here.

If you like it or not…. NOT speaking up reflects on you. We are on earth to withhold certain duties. What we do on earth will be recited back to us eventually. We shall be rewarded as well in heaven for the great things we achieve in Jesus’ name. When those flashbacks of my life are beckoned upon the screen before God & others… I rather not cringe in shame as I watch. But hey, that’s just me. 😅

2 thoughts on “The Controversial Topic: #TakeAKnee ”

Yesterday was the 3rd day until our anniversary! 💙
If you’re in need of Rental Assistance, please contact @serviceofhope via phone at 214-276-0235 or visit their website www.servicesofhope.org 💙! #WeAreInThisTogether
Five days until our 3rd anniversary! We’re blessed to be here and give back to the community. 💙
One of the coolest attributes of the #MLKFoodPark was their multi-question survey for those who visited.
Did you catch the #MLKFoodPark event located in South Dallas during the month of April? 💙
This weekend is the last weekend to check out the #MLKFoodPark in Dallas. It’s known to have local vendors including food trucks, organizations who can assist you in housing aid, and more!
As we are at loss for words.. these tweets speak very loudly. Our hearts go out to the family of Daunte Wright. He should be still alive. 💔
This past Sunday our organzation gave out carekits to local panhandlers in Uptown Dallas! 💙✨
Sending some mid-week encouragement as we get closer to the weekend! 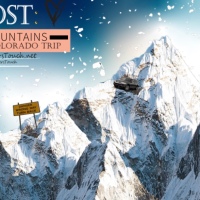 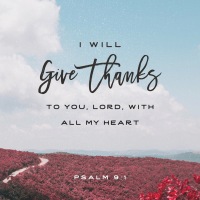 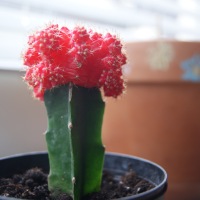 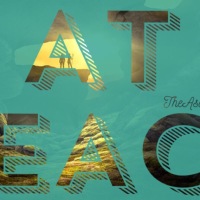 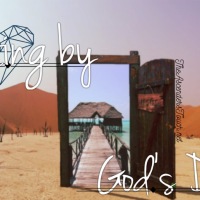 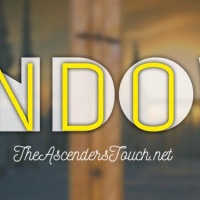 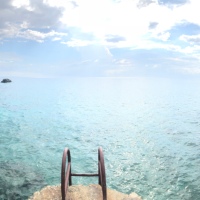 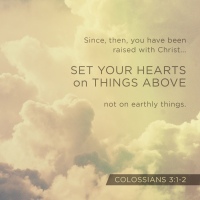 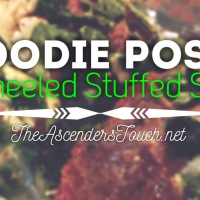